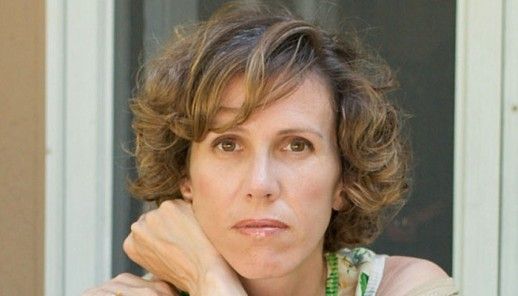 Becky Archibald is an award-winning pianist, composer, recording artist, and educator.  Spanning solo piano to chamber music to jazz, Becky’s music has taken her far – from Carnegie Hall’s Weill Recital Hall (solo debut, 2006) to a California house concert playing Frank Sinatra’s piano, to the Dordogne Jazz Summer School (DJSS) in Monteton, France (composer-in-residence since 2009.)  Known for her innovative programming, she produced “Fresh-Faced Jazz” for the Indianapolis Spirit and Place Festival, featuring jazz artists performing inner city children’s first musical compositions, and a live radio concert on WFYI’s “The Classical Connection,” featuring Archibald performing her compositions with members of the Indianapolis Symphony Orchestra, along with a reading by award-winning author and classical music reviewer for the New Yorker Magazine, Alex Ross.  With the Ronen Chamber Ensemble, Becky co-produces “The Rite of Swing” – the annual showcase of her work in chamber music and jazz – which raises funds for her educational outreach both locally and abroad.

Becky was recently commissioned by the Central Indiana Community Foundation (CICF) to write a jazz composition for the celebration of the completion of the Indianapolis Cultural Trail, a world-class urban bike and pedestrian path that connects neighborhoods, Cultural Districts and entertainment amenities.  Her “Cultural Trail Theme,” written for 12 instruments, including saxophone quartet, trumpet, piano, Latin percussion and ‘cycla-phone’ (an instrument she invented out of bike parts) was premiered on May 10, 2013, at the dedication and ribbon-cutting ceremony.  Brian Payne, CICF president and founder/leader of the Indianapolis Cultural Trail, stated that commissioning Becky to write the theme “was one of the best decisions I’ve made in my 12 years at the foundation.”

An Anderson native, and a graduate of Anderson University, Becky holds a Master in Piano Performance from California State University at Long Beach.  Her life took a new direction when she wrote a piano piece for her mom’s birthday in 1997—her first composition, Searching.  Since then, Archibald has written over 200 compositions, and has released 5 piano CDs – Searching, The Long Ride Home, The Light at the End of the Blues, The Christmas One, and Mood Swing.  Her music has been placed on cable and network television in the U.S., Canada and Mexico, and in countries overseas, including China, Japan, Hong Kong, France, Finland, Poland, Russia and the UK.  Becky’s chamber music has been commissioned by the Indianapolis Chamber Orchestra, Ronen Chamber Ensemble and Kent Leslie, and has received premieres by The Ronen Chamber Ensemble, The Indianapolis Chamber Orchestra, Fishers Chamber Players, Butler University Composers’ Orchestra, and Alias Chamber Ensemble in Nashville, TN.  She has written the score for a musical comedy, The Pied Piper of Hoboken, and music for the films Coming to My Senses and Robert Indiana: American Dreamer. She has been a guest artist at Butler University, Ball State, Depauw, Anderson, I.U.P.U.I and University of Indianapolis, the Indiana History Center, Indiana Landmarks, American Cabaret Theatre and The Jazz Kitchen.

Becky’s CDs have been played on radio stations around the country and overseas, including NPR’s All Things Considered and All Songs Considered.  “Her music unfolds like I expect a good story to unfold,” says Bob Boilen, creator of ASC. The L.A. Jazz Scene describes  Mood Swing, a mix of solos and chamber music, as “consistently intriguing.”  Just Plain Folks, an international organization of independent musicians, selected The Long Ride Home as “Best Solo Instrumental Album” in their 2002 CD awards.  And The Christmas One received a “Recording of Exceptional Merit” award in 2006 from Wisconsin Public Radio, WRST-FM.  Becky also performs her piano/horn duet, “Bittersweet,” with Kent Leslie on his 2007 release, With Every Leaf a Miracle.

Another surprising turn in Becky’s career happened a few years ago . . . in France. Through a 2008 Creative Renewal Fellowship from the Arts Council of Indianapolis, Becky fulfilled a dream of immersing herself in jazz studies at the Dordogne Jazz Summer School in the village of Monteton, where she wrote and premiered her first chart, “Midnight at Monteton.”  Returning home to Indiana, Archibald dove into a flurry of writing.  Becky published three jazz songbooks of her French-inspired music, and, with Jim Farrelly as co-producer, she released a new jazz CD, Midnight at Monteton, in 2013. Becky is the 2009 recipient of the Outstanding Alumni in Music Award from Anderson University.  She has also received grants from the Indiana Arts Commission, ASCAPlus, the Indianapolis Foundation and Central Indiana Community Foundation.  Becky serves as Professor of Composition at Anderson University, and is a private teacher in Indianapolis. Most recently, Becky was chosen as one of 14 multi-disciplinary artists in the 2016-17 round of Butler University’s “Religion, Spirituality and the Arts” seminar, held at Christian Theological Seminary in Indianapolis.

Becky also enjoys writing and telling stories about the creative process. Please visit her blogs at startwithablankpage.blogspot.com and beckysblogfromfrance.blogspot.com.